Why The Crab Walks One Way, Then Another 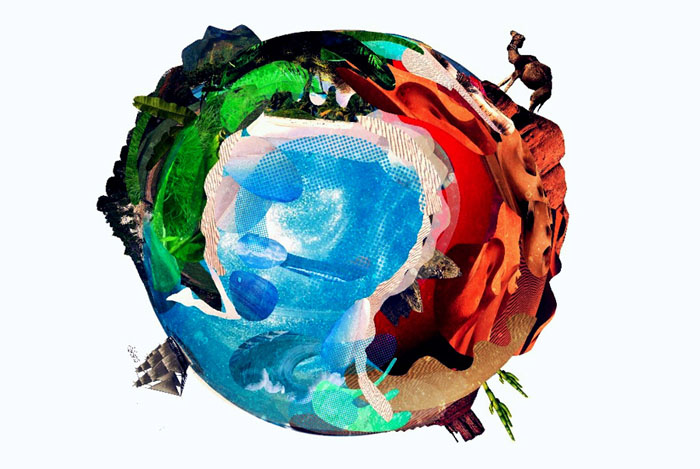 Many years ago, when the Earth was still a quiet place, humans and animals lived together in harmony. 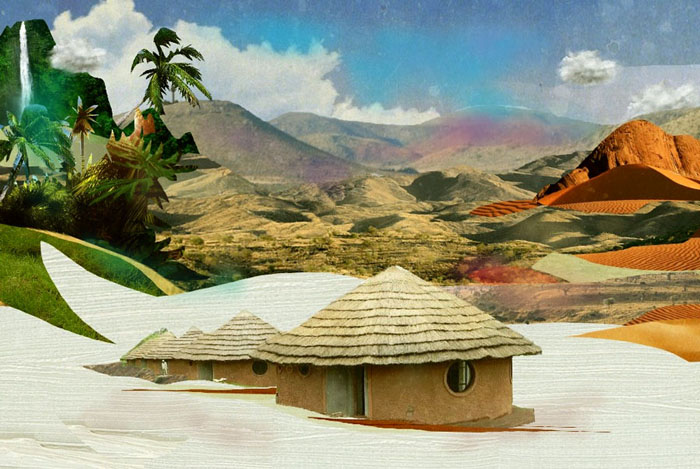 Mr. Crab's home had the best view in the whole world. He could see everything. 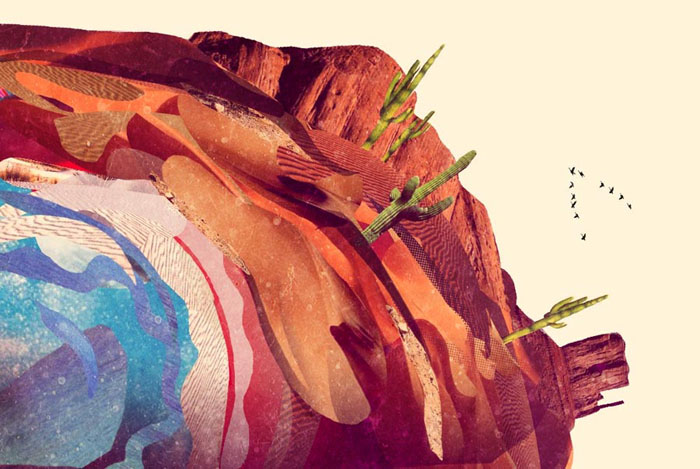 To the north, he could see the vast desert. It had rolling sand dunes, wind-swept mountains, and all kinds of exotic cactii. 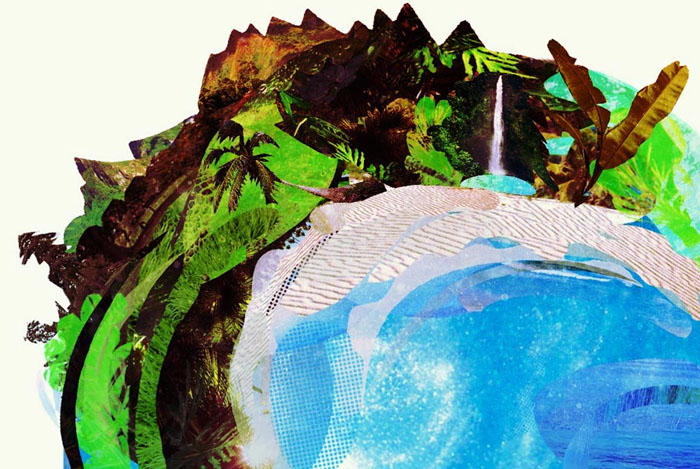 To the south, he could see a deep jungle. It spanned half the Earth. Under the cool shade of massive trees, animals called to each other and a waterfall created rainbows in the air. 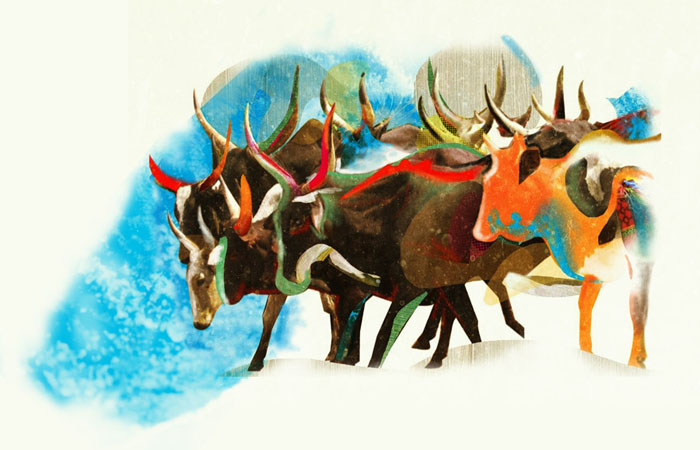 Mr. Crab had many head of cattle, and while it made him rich, it didn't make him happy.

In many traditional Nigerian cultures, owning many cows is a sign of wealth. In an age when there were no banks, cattle were a form of currency and savings. 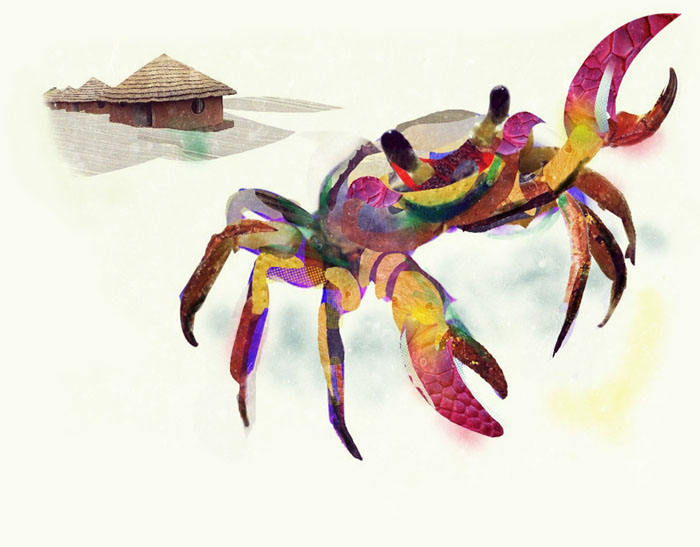 Finally, the loneliness became too much. He decided to leave home in search of a wife. 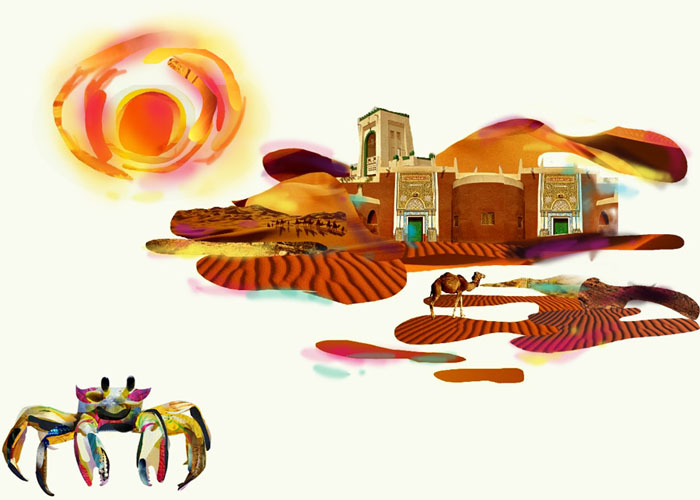 He walked north for a long time through the hot desert. One day, he came upon a huge palace, rising gracefully out of the sand. Perhaps this was the place, he thought to himself.

The Sahel is a dry, arid grassland north of Nigeria and south of the Sahara Desert. It runs the width of the African continent. 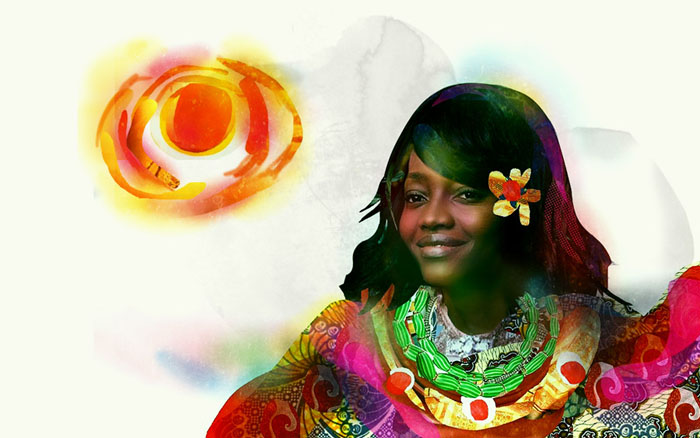 Inside the palace, he met the most beautiful woman in the north. She was the Queen of the Desert. They spent all their time together, talking and laughing, and soon fell in love. Mr. Crab asked for her hand in marriage, and she accepted.

One day, as the sun set, they made their way over the dunes, away from the palace, and back to Mr. Crab's home in the valley. 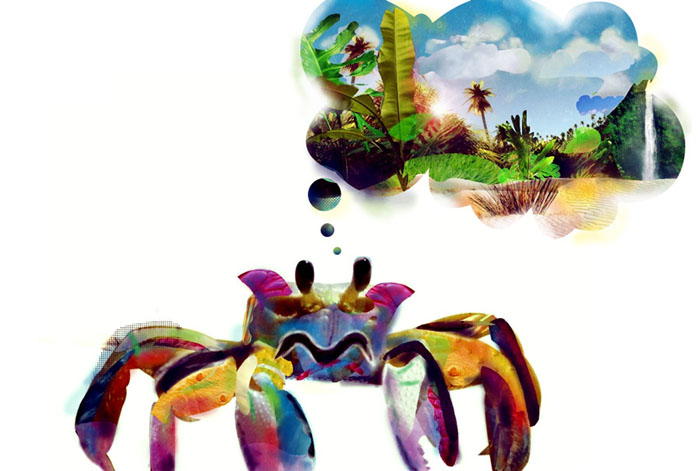 For many months, they were happy together, but soon, Mr. Crab started getting restless again. He wondered what he would find in the forest to the south. He decided to find out.

Much of Nigeria is grassland and forest. The far south is covered with rainforest and mangrove swamp.

The days in the hot steamy jungle started to sap his energy. Just as he was about to give up, he heard noise in the trees ahead. 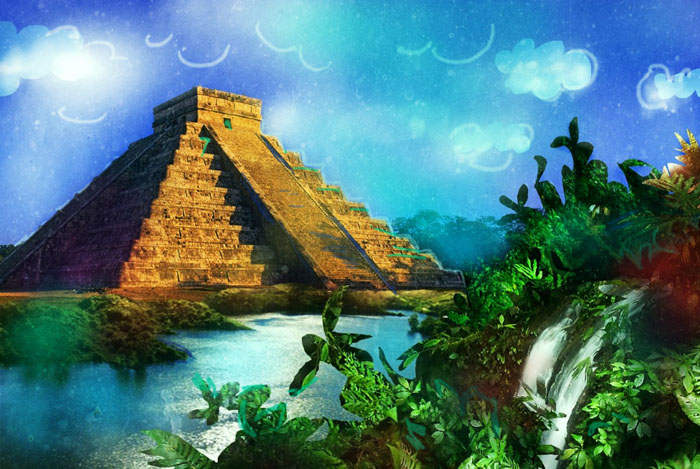 He followed the sounds, and suddenly emerged onto a small hill. It overlooked a magnificent pyramid. Truly, this was the home of the Queen of the Forest.

Although people have lived in the area since the stone ages, this is a fable. There are no known pyramids in Nigeria. 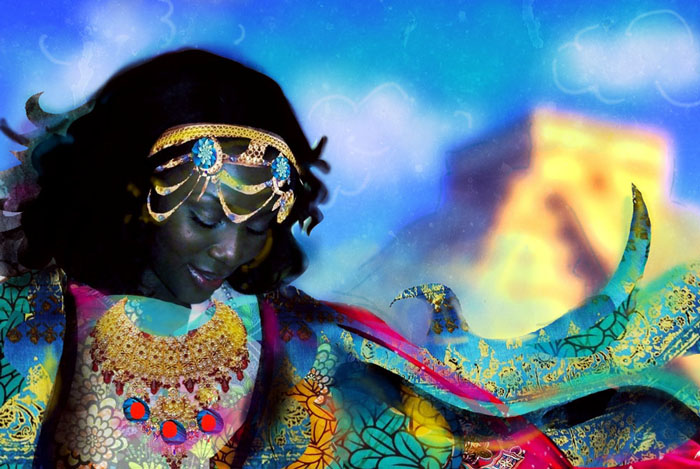 There, at the top of the pyramid, he saw her standing. Mr. Crab rushed up the stairs to meet her. Over the next few weeks, they became close, and were soon married. 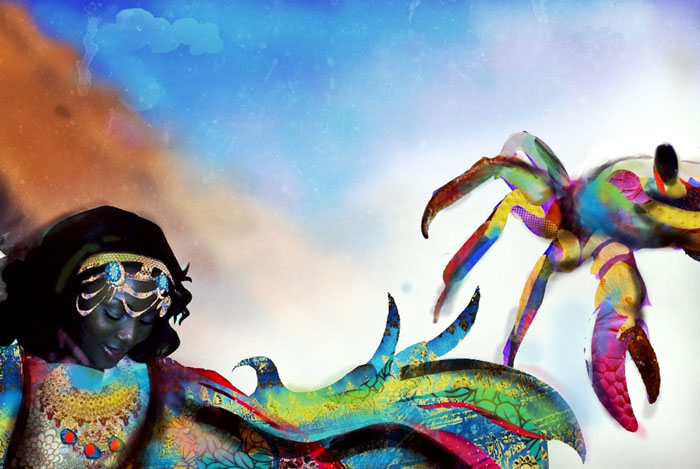 They left the forest together, and moved back to the valley. Mr. Crab now had two beautiful wives, and was happy.

Polygamy was, and still is, a common form of marriage in Nigeria. Having more than one wife could be seen as a status symbol, and if Mr. Crab married two beautiful women, he must have been very rich indeed. This story must be seen in light of that tradition, and not modern Western marriage ideals. 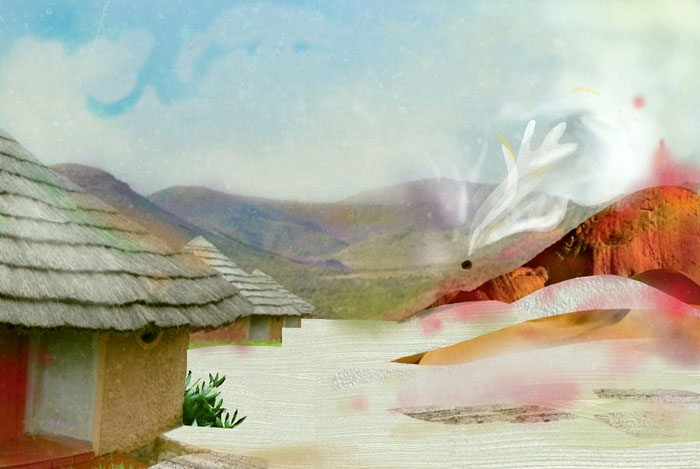 In the distance, they saw a messenger approaching rapidly from the north. Something was wrong. 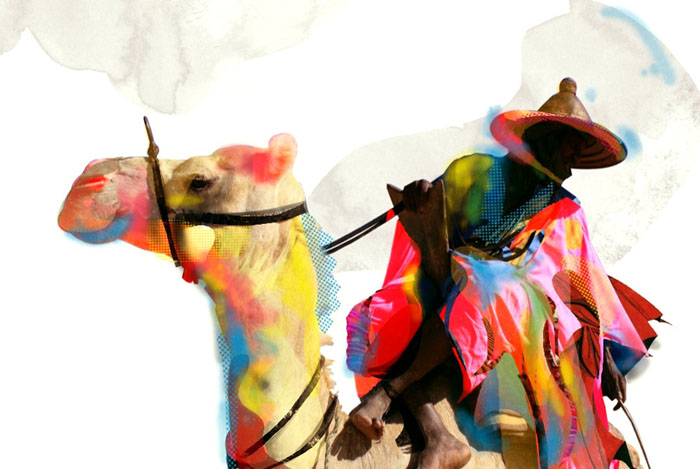 The messenger from the desert kingdom galloped into their compound. "Come quickly," he said. "The Queen's father has just died!" 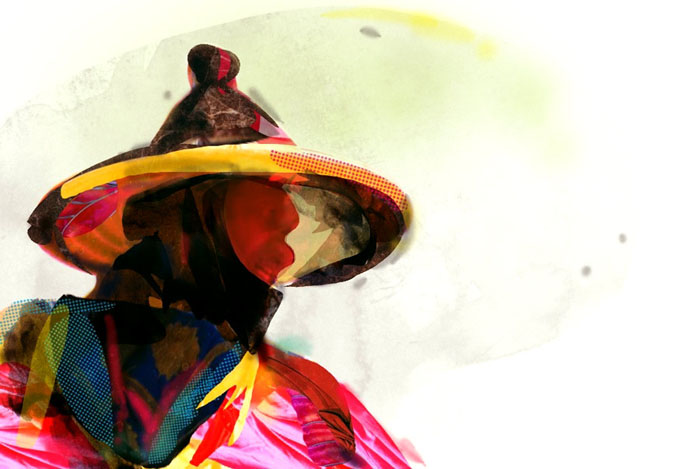 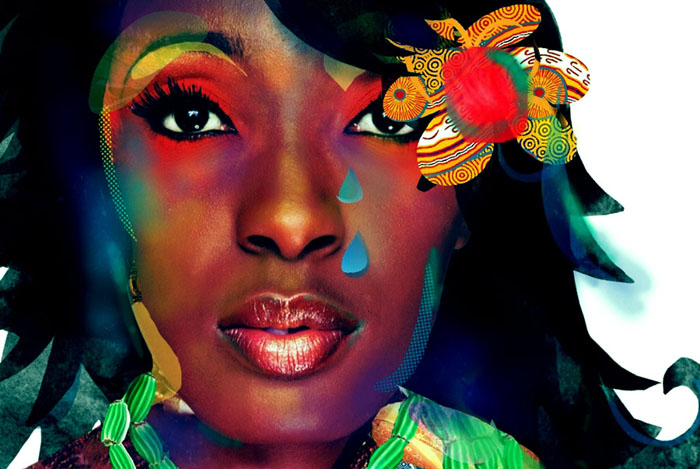 The Desert Queen was beside herself with grief. Mr. Crab quickly gathered his things to leave with her, back to the desert kingdom... 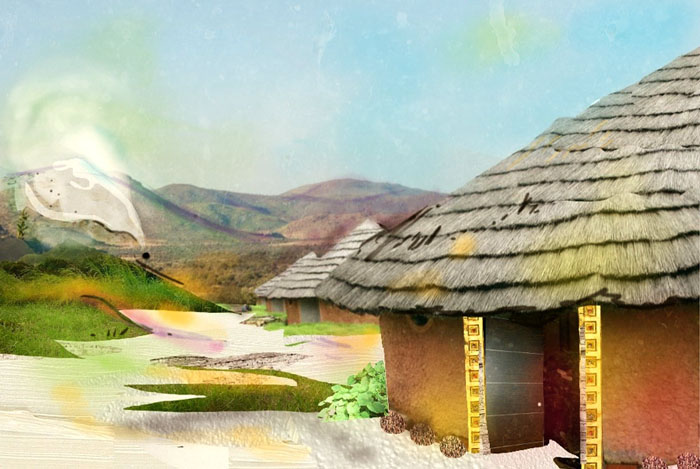 Suddenly, though, they saw another messenger riding in from the southern forests! 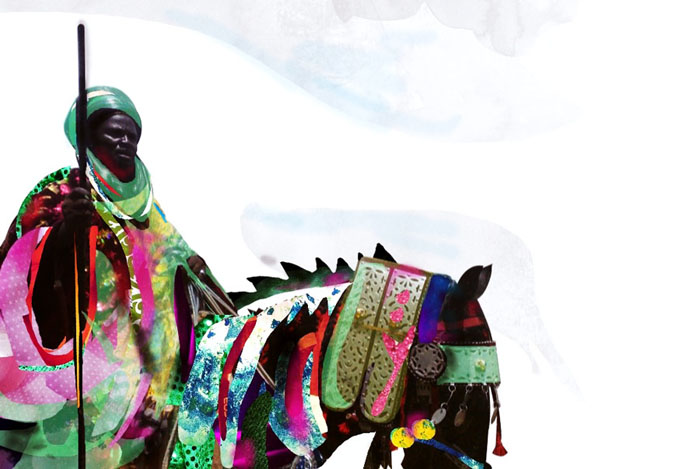 You must hurry," he said. "The Forest Queen's father has passed away unexpectedly, and you must attend the funeral. 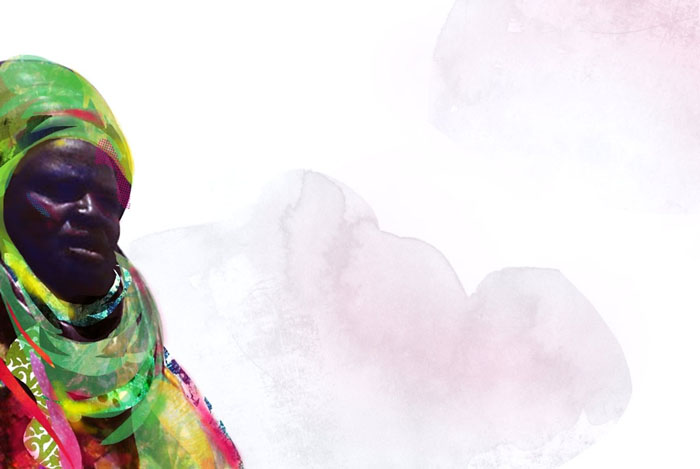 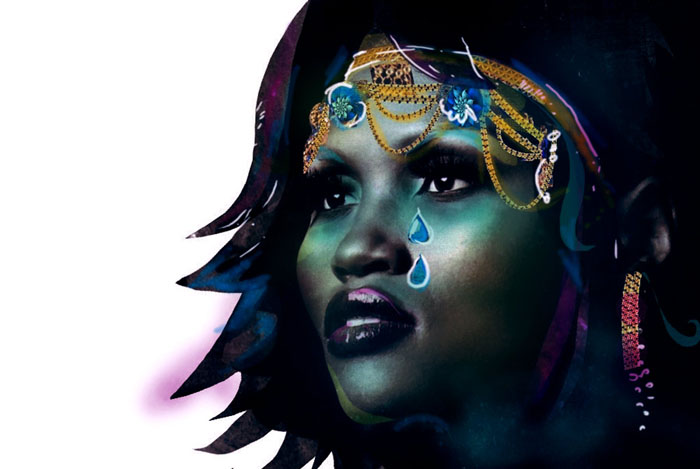 The Forest Queen also broke down crying. Mr. Crab had no choice but to get ready for a trip to the forest instead!

"What?!" said the Desert Queen. "You are going to HER father's funeral, and not mine?! You don't love me!" Mr. Crab didnt know what to say. He started to walk in the direction of the desert.

The Forest Queen was furious. "Now you are going to HER father's funeral? Don't you love me anymore?" Mr. Crab, now completely confused, took a few steps toward the forest. 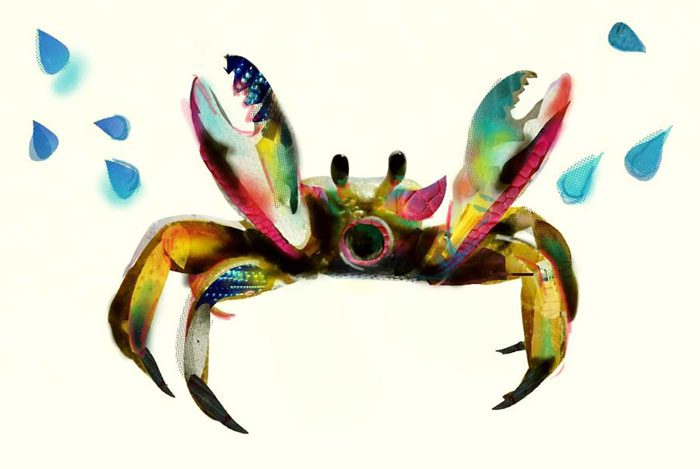 He couldn't decide which way to go. He scuttled back and forth, back and forth, then back again. His wives pleaded with him, whichever way he walked. He disappeared into the distance as his wives cried out. 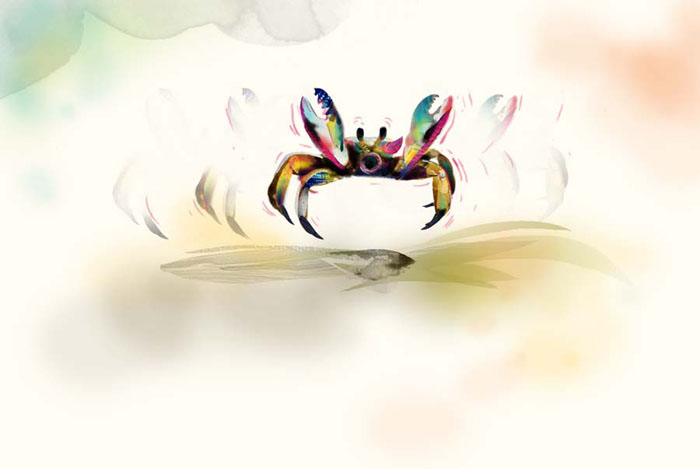 So the Tiv people of Nigeria say-

That Is Why The Crab Walks One Way,
Then Another